Behind the Scenes With Judgment: How Indus' Scariest Gun Was Made

While Virlok and its many marvels are interesting, what’s as interesting if not more so, are what you play with. Namely: the many guns of Indus. Like most shooters, you can expect a variety of guns at launch. These include — and are not limited to — assault rifles, hand cannons, and even snipers to name a few. While we’ve revealed some of these such as Ashvini — this post focuses on one weapon in particular called Judgment. It’s a hand cannon that the Indus Team lovingly refers to as the “scariest gun” in our internal playtests. At the moment, it’s by far the last weapon you want to be staring down the barrel of.

You can check out the video right here or carry on reading to know how the team is thinking and creating Indus’ varied weapons.

The process of creating Judgment begins with its purpose according to Abhishek Ganguly, Lead 3D Artist

For the team, the intent is to create a gun that would kill with a single shot.

“Judgment is a weapon that is like a one-hit kill device,” he says. “This weapon is not like how real-life weapons normally work and this is something that needs to be translated into 3D.”

There’s more to it that just being an instant death machine. It’s been conceptualised to have a charge and fire mechanism. This ensures that you will earn your kills with a certain degree of skill rather than being a simple fire and forget weapon. For this to work there are several intricate animations needed as Akito, our concept artist explains.

“One of the biggest features of Judgment is the charge and fire mechanism, where you go into the ADS mode and it's like the gun's parts coming out and form an extended barrel,” Akito says. “That's something that is very unique about Judgment.”

Naturally a gun this powerful does need to look the part and that’s where Akito comes in.

“So it's a very lengthy process in making Judgment,” he says. “What I did is collect tons of references and then I started working on silhouettes.I tried to find the shape language, the identity, and after that, I started making a detailed version. While making that, I talk to Ganguly.”

What Ganguly receives is best described as a blueprint, once that shows up is when his role starts. That said, Akito breaks down what’s needed from him for the 3D artists to get their job done.

”Once everything is settled I start colouring it,” he says. “Once that is done I do the model sheet. So a model sheet is basically for the 3D artist to know the views like the 3/4th and the back view so he'll get more information regarding the weapons. After that is done, I start making the call-out sheet and animation sheet.”

Since Judgment is a gun with a lot of moving parts, as it extends and charges before firing, every element has to be broken down for the 3D artists to know what needs to be animated. There’s no room for error.

“What we need to understand about the 3D pipeline is there is very little scope for do overs,” Ganguly reveals. “What happens is, I'll send a blockout for testing for a lot of back and forth. We see if the weapon is looking good, it's feeling good to play.”

After this, the gun is sent into a one-directional product process to create a sculpt. This is followed by combining everything into the low poly version.

“Lastly what remains is the unwrap and the texture, which is essentially painting the weapon in 3D space but where I'm just giving it the colours, the materials, how it looks, and how it feels,” he says. “All the details come together in the final bit.”

Expect more gun reveals in future updates and if you did catch the video above, you’d have noticed a brief sliver of gameplay. Hopefully, we’ll be able to share more with you in the months to come. 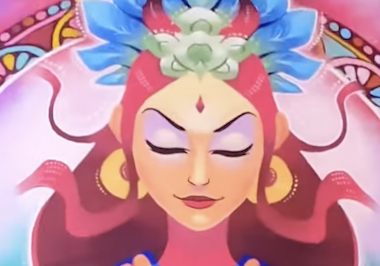