EVERYTHING YOU NEED TO KNOW ABOUT INDUS 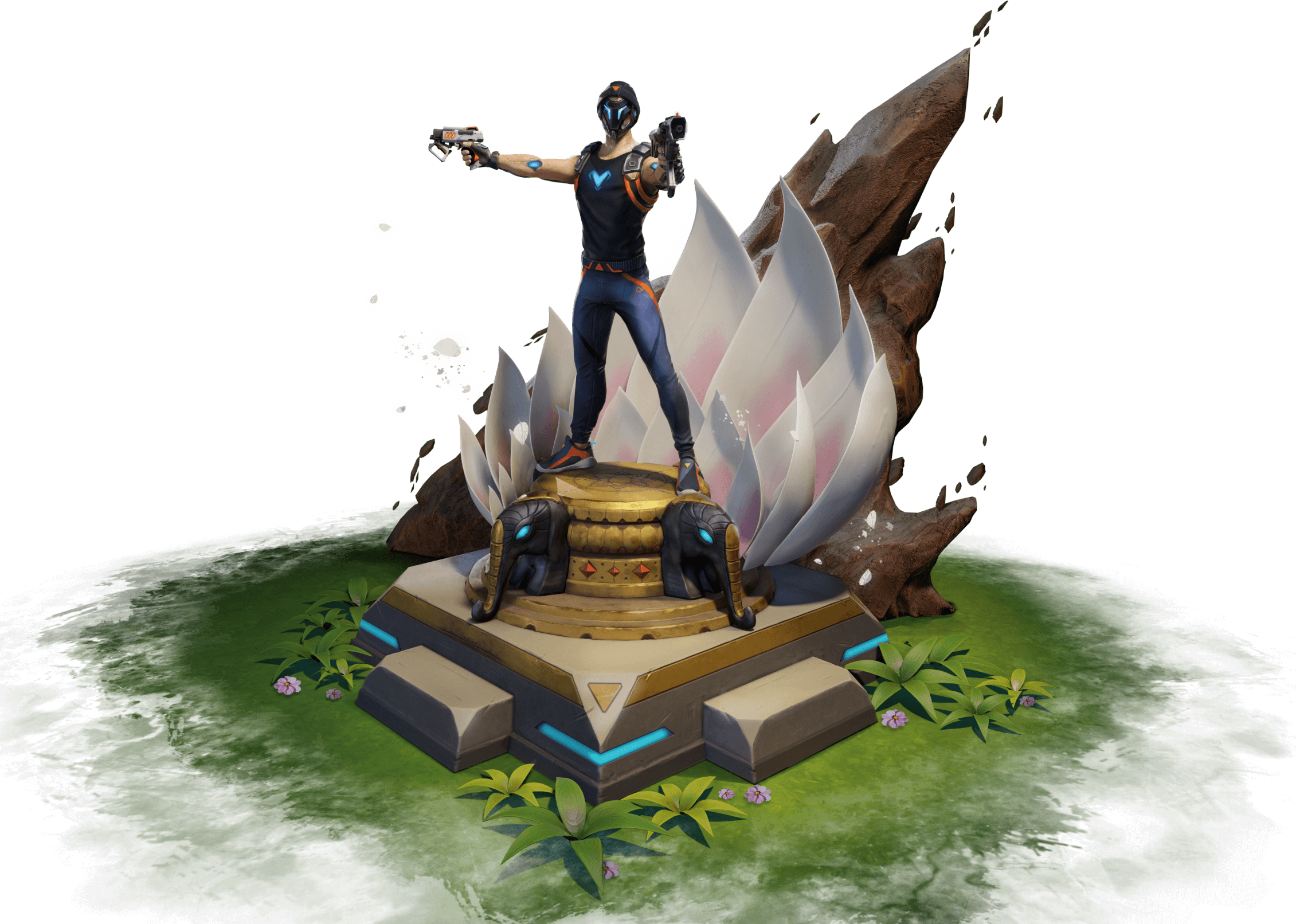 This is a 3D diorama that includes the default Mythwalker character which we used to convey the kind of tone and look we want in Indus.

First up, we’d like to thank each and every one of you for your support for Indus. It’s heartening to see so many people care. Our team is heads down and working to get the game out so that we can live up to your expectations. As gamers ourselves, we too have been let down by games with announcements that have built up overhyped expectations.

Indus is our most ambitious project to date. Since its early in development, this blog isn’t just for announcements but will also show in future posts how the game is being made.

Now, before we start getting into how exactly Indus is built in terms of tech, art, world, and story, here’s all the basic information about the game in one place. This should clear doubts you have about Indus and what to expect.

Indus is a made-in-India for-the-world battle royale in development at SuperGaming.

The game has you in the role of a Mythwalker. You’re a hired gun working for COVEN, an intergalactic syndicate that discovered an ancient yet scientifically advanced world called Indus.

What is the planet of Indus?

The planet of Indus is a mystery to most spacefaring civilisations. It’s a collection of untouched, unexplored, and ever-changing islands.

This is Indus, a land of myth, mysteries & unimaginable wonders. This was a planet thought to be lost in time and space, until you got here.

Why is Indus important to the galaxy?

Faint whispers of Indus’ limitless Cosmium — a life-changing natural wealth have drawn the attention of COVEN, looking to harvest it for material gain.

What’s the map of Indus called?

All the action in Indus takes place on an ever-changing island map called Virlok.

What can I play Indus on?

Indus will be playable on PC, mobiles, and consoles.

Do I have to pay to play Indus?

No. Indus is a free-to-play game. You won’t need to pay to play it. Like most free-to-play battle royale games, we plan to monetise through in-app purchases.

Will Indus have a battle pass?

While Indus is a free-to-play game, we’re still deep in development and yet to determine the exact progression mechanics that would be the right fit for our game.

The #IndusGame key art had a progression of its own.
Here's #IndusBTS of how a black and red marker on a white board evolves into key visual. 🔥

Check the thread for the art behind the art 🖌️🎨 (1/6) pic.twitter.com/yprPcDDBqj

Can my phone run Indus?

Hopefully, most mainstream Android and iOS devices should be able to run the game with no issues when it’s out. Watch this space for more or check out our Discord for these details when they’re ready.

We’re early in development, so we haven’t locked in the minimum requirements to play Indus just yet. However much like our other games, we take compatibility seriously.

When will I be able to play Indus?

When it’s done. A playable version of the game should be available in 2022.

What are Indus’ anti-cheat measures?

We take cheating very seriously and employ a variety of methods to prevent it. Our aim is to make Indus fun and fair for all players, much like our existing games — MaskGun and Silly Royale, we monitor and act on any unusual activity to ensure the community isn’t impacted in any way.

What engine is Indus running on?

Indus runs on Unity as base engine with a fully custom-built sandbox shooter tech stack called the Indus Engine. Mobile is the biggest segment of the global gaming market by hardware now and we want to treat players on mobile as first-class citizens rather than an after-thought. For us, working with Unity, it’s significantly easier and faster to target mobile devices because of its feature set, toolchain, and relatively lighter runtime footprint compared to some other commercially available game engines. The team has an extensive experience working with Unity over multiple shooter titles. We made a conscious choice going with Unity so that we can leverage our expertise working with it and deliver the game in hands of players as soon as possible.

What type of guns can I use in Indus?

Like most shooters, you can expect a variety of guns at launch. These include — and are not limited to — assault rifles, hand cannons, and even snipers to name a few. Speaking of snipers, we just dropped our first concept art for Ashvini, our double-barrel, burst-fire sniper in our Discord. You can also check it out right here:

Right now, Indus is in FPP only — at least in our internal play tests, though we are planning for both down the line.

Can I make videos on Indus? Will you copyright strike my channel? Is there an Indus creators program?

Yes you can make videos on Indus and no we won’t copyright strike your channel. There are exceptions to this such as using Indus art, screenshots, videos, and gameplay to misrepresent the game or being in violation of our content creator guidelines. And yes, there is an Indus creators program. Drop in to our Discord to know more.